January 15, 2019 - Shortly after 9:00 AM the Mill Creek Fire Company and neighboring fire companies responded to a building fire located in the 700 block of Stanton-Christiana Road near the Shone Lumber Company and Amtrak railroad.

As firefighters arrived on the scene heavy black smoke poured out of the one story commercial structure.  As firefighters started to make access they realized the interior of the structure was fully involved with fire.  Within minutes a second alarm was sounded brining additional resources to the scene.

The plume of smoke could be seen for miles. There were no occupants in the building when firefighters arrived.   The State of Delaware Fire Marshal’s Office is investigating the cause of the fire.  Firefighters remained on the scene until after 2:00 PM. 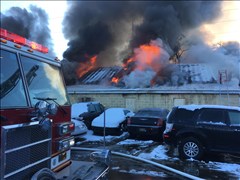 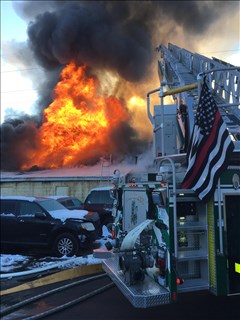 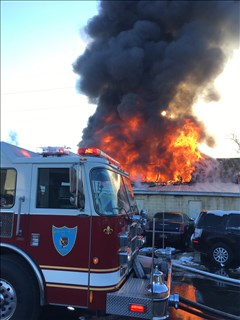 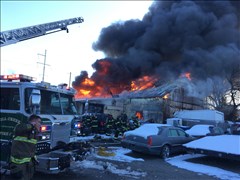 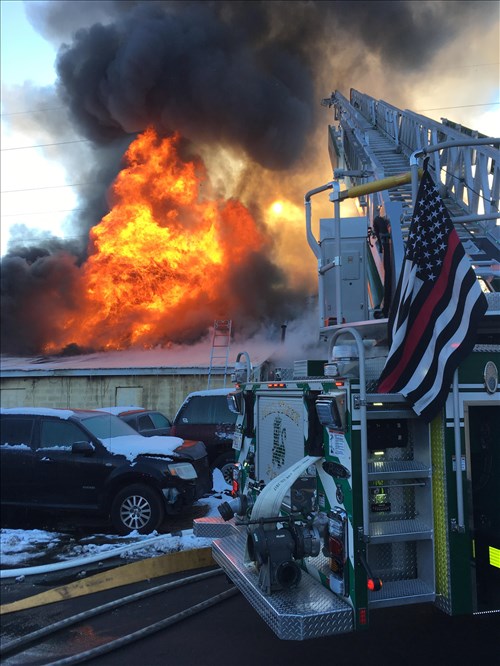