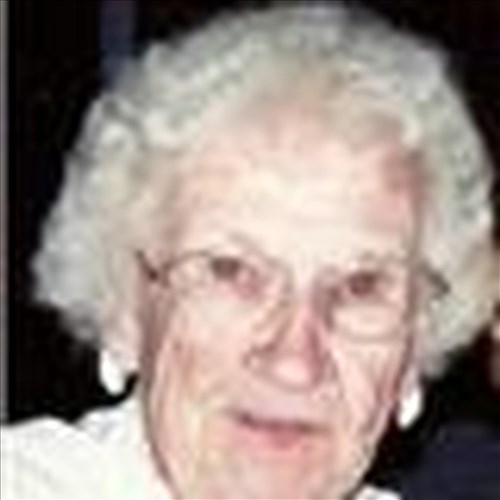 Passed away peacefully on Monday, April 25, 2016 at Cadia Rehabilitation Center at the age of 100. Born in Wilmington, Anna was the daughter of the late George W. and Margaret (Dillon) Copes. She was the oldest living member of the Mill Creek Fire Company's Ladies Auxiliary and a member of the Friends of Brandywine Springs. Her husband, William G. Hedrick, predeceased her in 1961. Anna will be dearly missed by her children, Margaret "Peggy" Van Dyke of Wilmington, DE, Regina Llewellyn of Sevenna Park, MD, Jacqueline Flester of Wilmington, DE, William G. Hedrick Jr. and his wife, Joan, of Wilmington, DE, Bernadette Szczepanek and her husband, Al of Newark, DE and James R. Hedrick and his wife, Sarah of Wilmington, DE; and 18 grandchildren, 33 great grandchildren, 57 great great grandchildren. Anna Mae joined the Ladies Auxiliary of the Mill Creek Fire Company on March 2, 1939. During the second World War, Anna Mae was one of the Auxiliary members who would respond to fires and ride the fire trucks while the firemen were off serving their country. She was a devoted member of the fire company for 77 years and at the time of her death was the oldest living member of the company. She loved attending any company celebrations and usually got a dance or two from any dignitaries in attendance. She was known for her sense of humor. In her early years, she was active on the Ways and Means committee. When she was able, she attended most of the fund raising dinners and events, always helping out when she could. She was very active in the entire community and known by everyone.